From building-up to the present time…

The two Luegg Houses with the house numbers 11 and 12 are located at the eastern border of the between 1156 and 1164 built-up trapezoidal main square of Graz, directly at the corner to Sporgasse. 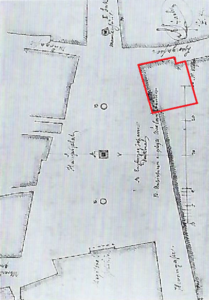 The name of the houses is not, as you maybe assumed, derived from the constructor, but from a slang word “lugen” (= look around the corner), as you can see around the corner into the narrow Sporgasse.

The houses are decorated by beautiful baroque stucco, which is different in kind as well in color, wherefore it is optical not recognizable that the two houses belong together. Another singularity of the two houses is, that those are the only ones at main square Graz, of which the late gothic porticos are preserved until now and this almost along the whole length of the front. 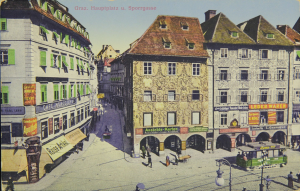 The left building as “the Luegg House” known house number 11 was mentioned in the year 1489 for the very first time in conjunction with a man named Anton Müller. At the beginning of the 17. century it was baroquefied. The artist, who gave the house its brown front with flowery ornaments, was assumedly Domenico Boscho. In the year 1605 the house was bought by a board citizen and trading man named Mathes Moßer, which gave him the name “Moßeregg”. Presumable at the end of the 17. century it changed again the owner and belonged afterwards the family Warnhauser. Until the end of the 20. century in the house was a well known shop “Kölz”, which sold high-quality souvenirs and post cards. Today in this house is the chain store Graz of “Swarovski”.

The right building with house number 12 was mentioned in 1529 for the very first time as property of the pharmacist Simon Arbeitter. 1686 a salesman named Bernhard Zeller bought it, who assumedly let the building build up and let it baroquefying by Johann Antonio Teruggio, who gave him the today brick red front with the rather straight decoration. In the year 1776 family Warnhauser bought it, by what both houses were for the very first tine in one property. 1926 the common entrance of the two houses was moved into the Sporgasse. The big metal gate still looks the same as in those days. Today in this house are chain stores of “Martin Auer” and “Lush”.

The entrance to the today mailbox area of the both houses was originally arguably the entrance to an apartment. Today there are besides the mailboxes our office but also stock and adjoining rooms of other companies. The door frame is still very good preserved whereas rather unimpressive, as well as the doorplate of the last inhabitants. 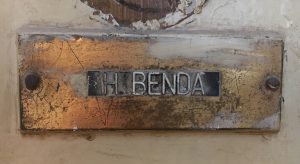 We are very proud to work in this historical building, have furnished our office in a modern style but fitting to the house. We like to show our customers and guests e.g. the gasoline outlets at the ceiling, where many years ago lamps were hanging. 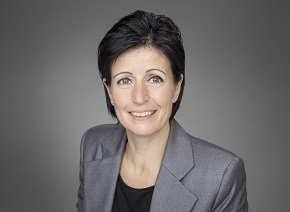 We create order – in structures, projects and team!